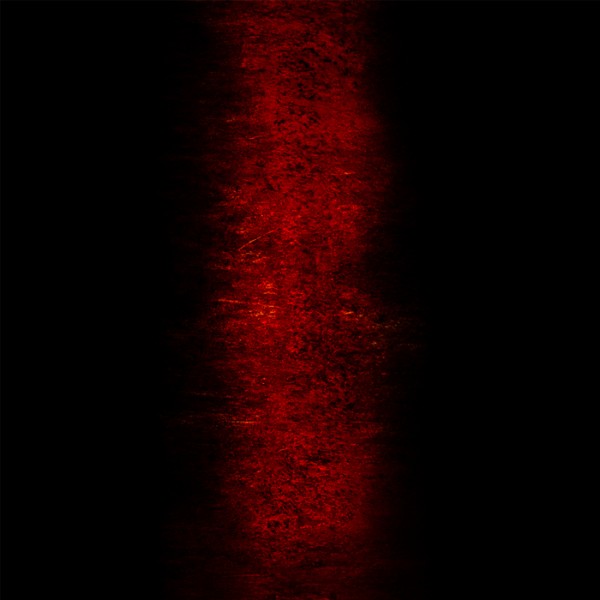 This was first published on the Liminal back then.

‘I once saw a comedy sketch in which a cow was attached to a winch. The cow was winched up 200 feet, and for the first ten feet after it leaves the ground the cow is freaking out. And then above that: completely placid. Because it is no longer relating to anything. It has no fear, because it has no consciousness of what it is. Whereas a human would be freaking out all the way up. So I wonder if maybe that point at which a non-sentient animal stops freaking out, and we don’t, is where dread occurs.’ China Miéville

In 1958 Mark Rothko was asked to complete a series of paintings for the Four Seasons restaurant housed in Mies van der Rohe’s Seagram building. It was quite a commission for an artist working in a field that many felt was obscurantist and practised by charlatans and mimics. Many questioned Rothko’s motives, and indeed Rothko himself eventually pulled out of the deal; but not before he was reported as uttering that he’d intended the paintings to “ruin the appetite of every son of a bitch who ever eats in that room,” and that he’d make “those rich bastards feel that they are trapped in a room where all the doors and windows are bricked up”.

Anyone who’s seen the paintings – now in their own quiet reliquary in the Tate Modern – can see how inappropriate they would have been for a restaurant space, and apocryphal or not, you have to wonder at what Rothko was intending with such vast, imposing canvases – dense blocks of colour that have the feel of cave walls, of entoptic phantasmagoria, of portals. One obvious conclusion is to think that, however clumsily, he wanted them to do a kind of work, using dread to elicit a shift in consciousness. Dread as praxis.

Of course, in and of itself, invoking Rothko when discussing dread is completely relevant, but it’s not just a random signifier when it comes to Rites, the debut album from Bristolian and Subtext label-head Paul Jebanasam. For one thing, the cover is immediately redolent of Rothko with its hovering stripe of ever-reducing red between two dominant blocks of black; but there’s also the sonic use of dread that Jebanasam employs and the sense that he’s using dread in a particular way, and in the oldest sense of the word, as a kind of propulsive medium, a galvanising force.

Back in 2011 in a review at the Liminal, Andrew Bowman noted that dread was ‘back’. Dubstep, borrowing heavily from jungle and drum ‘n’ bass, had always invested heavily in the sonic possibilities of dread, indeed to the point that it became an empty signifier and lost any sense of wider cultural meaning and became invisible again. The likes of Demdike Stare flirted with similar possibilities, but the dread they invoked always seemed to be part of a wider strategy, more akin to outright horror – dread in this sense meant a kind of creeping menace, of something just out of earshot or ones field of vision. What the likes of the Haxan Cloak, Raime and other artists clustered around the fount of the Blackest Ever Black label seemed to be doing was something ‘purer’ – dread as end in itself. The key question was/is why?

It seems too obvious to simply state that the presence of dread is simply a temperature-marker of our times, but it’s the ‘neatest’ explanation, if you like. If you search back for dread-inducing music, you might alight on Bark Psychosis, 23 Skidoo, Throbbing Gristle, early Kluster – all music made in dread-ful times, but then couldn’t that be applicable anywhere, anytime? In The Long Revolution, Raymond Williams brought up the idea of a ‘structure of feeling’ – that most of impossible of things, to mark the felt sense of the quality of life in any particular period or time. His suggestion was that the structure was impossible to pin down, but that it operated in the most delicate and least tangible parts of our activity. With that in mind, dread in culture, and particularly in music, functions as a kind of collective emanation, a breath of doubt from our very deepest dreams. Going back to the question of ‘why?’, Kodwo Eshun, reviewing the same gig as the aforementioned Andrew Bowman, suggested that the dread invocations were a symptom of resignation – a sonic avatar of Romantic awe in the face of the impossible, the unrepresentable: listeners weren’t galvanised or even necessarily terrorised by the power of the music so much as willingly narcotized by it. Like much of dubstep this was stoner music, escapism, dread as lavender pillow.

All of which does beg the question: need dread make us submissive and powerless? Or more precisely, what is it about dread that renders us awestruck and dumb? In a recent interview with China Miéville, (by Juha van ‘t Zelfde, who is also curating an exhibition called Dread, due to open in September 2013) Miéville locates dread in the same affective field as the sublime, and ultimately in the same field as ecstasy – something he called a “politically and philosophically polyvalent condition”. His point was that dread, from a purely affective point of view, can quickly tip into something else, both into a kind of paralysis, something similar to what Eshun noted, or something more creative, subversive and powerful. Miéville notes that this valency is often seized upon by the right and can easily become something reactionary and politically dubious and that this might be an inherent tendency, but it need not be the case.

Now I’m not about to suggest that Rites is going to function as some guiding star for this re-figuring of dread, it’s too sombre for that, too damn heavy. But, but… there is something positive at the heart of it, something bigger than a mere ghosting of a series of tropes. Looked at purely sonically, it’s built from comparatively little – processed strings (viola, mainly), some processed guitar deluges, huge devotional drums and vast metallic drones, that sound scraped from the very centre of the earth, (which in the case of ‘IV’ they almost literally ‘are’, in that Jebanasam set up some ground loops – recordings of the earth-hum – which form the centre of the track). It’s possible to think of the drones as forming a kind of vaulted-chamber within which the drama of the individual tracks take places – like cathedrals of sound inside which vibrate the smaller details. The sound palette feels very new, unexplored; at times it brings to mind Locrian, at other times there’s a very ‘Subtext’ thing going on. ‘III’ and ‘IV’ in particular sound close to the forms Roly Porter explored on Aftertime, (released on Subtext in 2011) – the same brittle high tones, the clash of metal, and the fibrous, almost asbestos-like edge to the drones. There’s also the great looming presence of the Multiverse soundsystem, which gives the bass undertow a by-proxy subterranean gravity that in places shakes the recording to the limits of the possible. Overall, it is undoubtedly oppressive and decidedly brutal in places, in the way it wields a kind of industrial weight, but – and you have to hope you’re not imputing too much here, separating the curtains and inserting your own figures – the feeling of hope remains, of a force for some greater good.

All of this is complicated by the liturgical aspect to Jebanasam’s music. He’s spoken in the past about his appreciation for Korsakov and Arvo Pärt and the sense of humility it’s possible to feel when faced with the glacial beauty of some liturgical music, that raw sense of being in the presence of something numinous and eternal – figured in the almost process-like monumentality of the compositions. And of course, and this goes back to Miéville’s notion of the crossover between dread and the sublime, the response to this is nearly always passive, is passive in its very design. We bow, we retreat into our cells, godfearing and minuscule. Yet there are two other ways of thinking about this. One is to remove the religiosity from it altogether (which I think is Jebanasam’s view anyway) which leaves the awe and the awesome power of liturgical process music – and you’re close to something like John Gray’s notion of godless mysticism. The other is in the rasta conception of dread, which, in all its murky syntactic power, is also ultimately godfearing and humble and yet manifests itself in the wearing of the dreads, an accoutrement borrowed from the Mau Mau insurgents in Kenya – dread in all its humbling power, taken into the self and made concrete and given agency.

Maybe in the spirit of Ballard, we can take dread – this thing we suffer attacks of, this thing that we have no control of, that debilitates – and push it through itself to some unthought of conclusion: beyond torpor, beyond accidie, beyond non-engagement. Who knows. Maybe there is a source of untapped power. With all that in mind, Rites, which has the aspect of a beautiful requiem, might just as well be a call to arms.